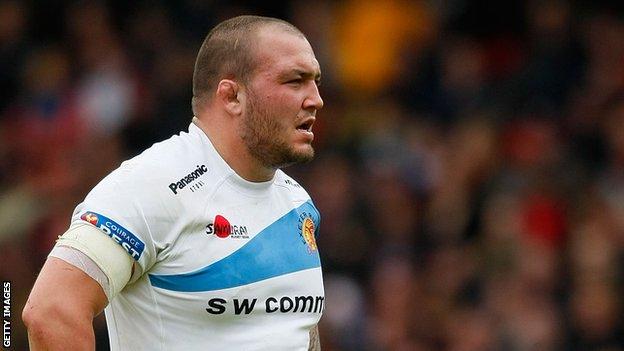 Exeter prop Craig Mitchell is set for a lengthy spell on the sidelines through injury, Chiefs head coach Rob Baxter has confirmed.

The 27-year-old Wales international picked up an injury to his pectoral muscle when he came on as a replacement during a Premiership A League match.

"Mitch is looking like a pretty long-term injury and we haven't finalised the exact issue," said Baxter.

"He is likely to require an operation on his shoulder/pec area."

Neath-born Mitchell, who signed for Exeter from Ospreys in 2011, has represented his country on 15 occasions.