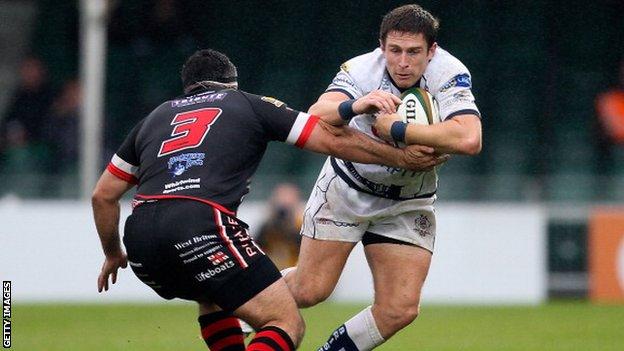 Bristol centre Luke Eves could be out of action until early November after an operation on his hand.

Eves, a mainstay of Bristol's midfield, went under the knife the day after Sunday's win over London Scottish.

The former Newcastle Falcons and England Under-20 international had played every minute of Bristol's last 34 Championship fixtures.

"Luke could be sidelined for six weeks after undergoing metacarpal surgery on Monday," said a club statement.

Eves is certain to miss Bristol's Championship matches with Jersey and Bedford Blues. The club then has two British & Irish Cup fixtures, before resuming Championship action at home to Nottingham on 27 October.