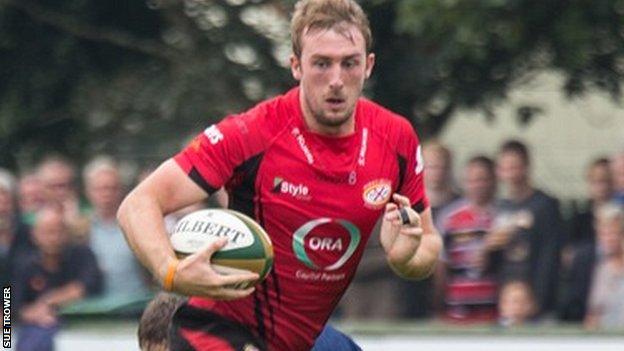 Jersey secured one of the greatest away results in their history with a tense 22-19 victory at Nottingham.

The islanders trailed 13-9 at half-time after winger Tom Chapman broke through their defensive line to score beneath the posts.

Niall O'Connor's kicking kept Jersey in touch and Mark McCrea's try gave them the lead for the first time.

Nottingham pressured the line late on but twice refused chances to kick for goal and could not find a winning try.

It was a close encounter throughout with Chapman's try perhaps the brightest moment of the first period.

Jersey's defence was caught napping and he eased over the line to give the Green and Whites the early advantage.

Jersey might have felt they deserved a penalty-try in the latter stages after a scrum near the try-line was reset numerous times.

The home side found themselves down to 13 men when Fijian Campese Ma'afu and replacement Ryan Bower were shown yellow.

They managed to hang on and once back to their full 15-man quota, Nottingham exerted extreme pressure of their own at the death as they bravely tried to find a winning try instead of kicking for the posts and settling for a draw.

Jersey have now won two of their opening four Championship fixtures, while Nottingham have just one win to their name.