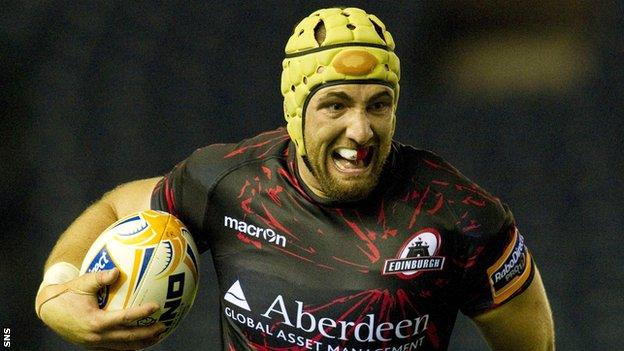 Edinburgh lock Perry Parker is expected to be out of action for around four months following shoulder surgery.

The 26-year-old lock is unlikely to feature again this calendar year.

A club statement explained: "Edinburgh Rugby lock Perry Parker is expected to be out until the new year following an operation on an ongoing shoulder complaint.

"The time to recover and rehabilitate from the surgery is expected to be around three to four months."

Englishman Parker joined Edinburgh in 2012 from Esher, having started his career with Haywards Heath.

He made 15 appearances last season but has not featured this term during Edinburgh's poor start to the season under new coach Alan Solomons.