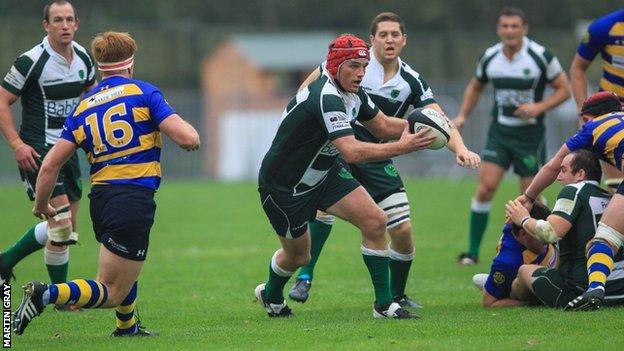 Guernsey RFC captain Blair Campbell says the team must change their mentality as they search for their first win of the season.

Campbell's side drew 17-17 with Old Elthamians on Saturday, ending a run of three straight defeats.

"We'll talk to the guys this week and try to get the top two inches focused," he told BBC Guernsey.

"That's going to be the big thing of the week - just getting the guys' mentality right."

Campbell added: "We were disappointed not to win but happy not to lose, so we'll take the draw.

"If you'd offered the draw to us before the game we'd probably have taken it with the way things have been going lately, but as the game wore on, we're disappointed not to get the win.

"When the season started, we knew the first four games were going to be tough but we would have backed ourselves to win at least one of them."

Guernsey take on Thurrock, who lie one place below them in the National League Three London and South East table, on Saturday.