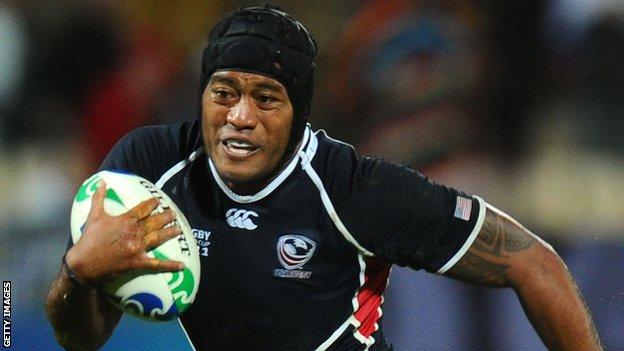 Wasps have signed USA international centre Andrew Suniula and been boosted by the arrival of wing William Helu.

Suniula, 31, who has played for Cornish Pirates and Taranaki in New Zealand, was most recently a player-coach at American club Chicago Griffins.

Wing Helu, 27, was signed in the summer but has been unavailable after picking up an injury while on duty for Tonga.

The pair will help relieve the strain of injuries to backs Andrea Masi, Tom Varndell and Hugo Southwell.

"We've unfortunately been hit by a few early season injuries to our back line so having Andrew and William come in this week has been good timing," said director of rugby Dai Young.

"They are both experienced international players and provide us with vital depth in the midfield and wider."