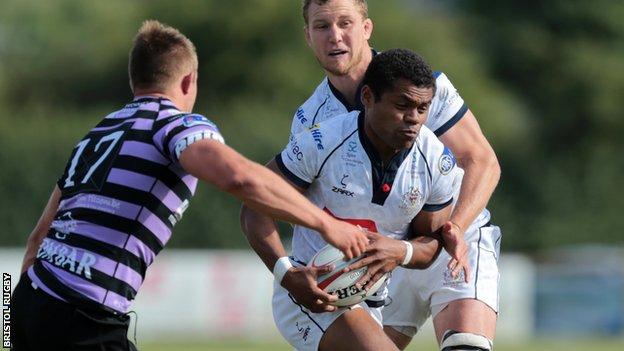 Bristol have signed Fijian winger Sammy Speight on a deal until the end of the Championship season.

The 27-year-old has been released from the British Army to play for the West Country club, following a successful trial during pre-season.

Speight has represented the army at Sevens and in the 15-man game.

"He's earned himself a contract and an opportunity to make an impression this season," said Bristol director of rugby Andy Robinson.

Speight featured in all three pre-season games, against Bath, Exeter and Clifton - where he scored a hat-trick in their 76-0 victory.

"He's an exciting player to watch, with excellent acceleration and, as he showed against Clifton, an eye for the tryline," added Robinson.

"Sammy is raw and is being exposed to a level of rugby that he hasn't previously experienced, but he is showing plenty of potential and he will be a valuable squad member."