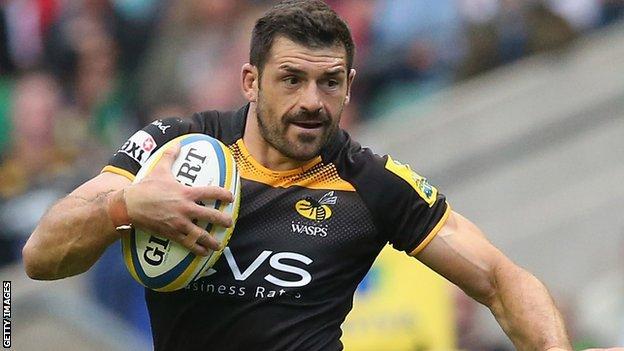 London Wasps and Italy centre Andrea Masi will be out for up to five months following surgery to his knee.

He is expected to be sidelined for between 16 and 20 weeks and will miss Italy's autumn internationals.

The 80-cap international will also be a doubt for the Azzurri's Six Nations campaign, which begins in February.

Wasps improved their backs options this week by and were boosted by the arrival of wing William Helu, who was signed in the summer but remained in Tonga to nurse an injury.