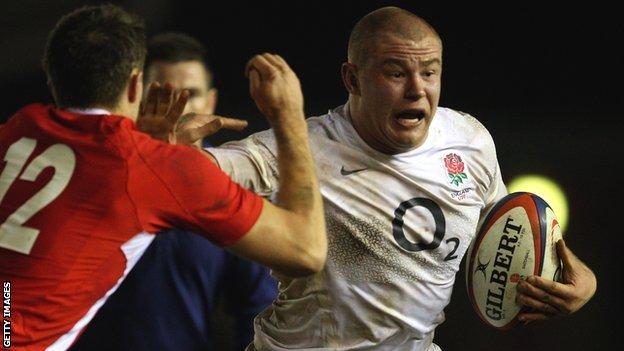 Gloucester's Koree Britton and Leicester's Ryan Lamb have been given Rugby Football Union bans following their red cards in an 'A' League match.

Both were dismissed for striking an opponent in the game on 30 September.

England U20s hooker Britton, 21, denied the charge but was found guilty and handed a four-week ban, which will keep him out until 29 October.

Leicester director of rugby Richard Cockerill said Lamb had cracked a bone in his hand during the incident and would be out for several weeks.

He told BBC Radio Leicester: "I expect better from a player with his experience and with the potential of Toby [Flood] going away in the next few weeks, it compromises the squad.

"I'm disappointed in him and I'll deal with that internally."