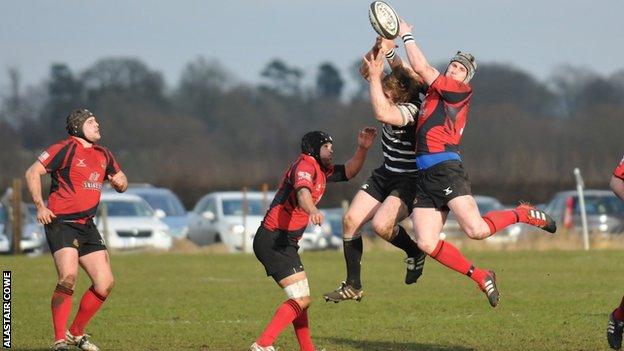 Redruth coach Ashley Morcom says it is far too early for him to be coming under pressure after a slow start to the season.

Morcom's side are second from bottom in the National Two South table with one win from four games.

"I've had pressure in the last few weeks but people need to realise it's only a few games. There's another 20-odd to go," he told BBC Radio Cornwall.

"We are trying to put things right and I'm hoping we click at the weekend."

Redruth take on Taunton on Saturday and Morcom said his team needed to frustrate their opponents to get back to winning ways after last weekend's defeat by Chinnor.

"They're much the same as last year - it was a very high-scoring match last year and they like to play a bit of rugby," he said.

"We've got to hold them off as long as we can and keep it in our forwards and try to blow them out of the water.

"They throw the ball around they've got some great experience, so we have to stop them playing."

Max Bodilly, John Stevens and Matt O'Leary are all out injured for Redruth.