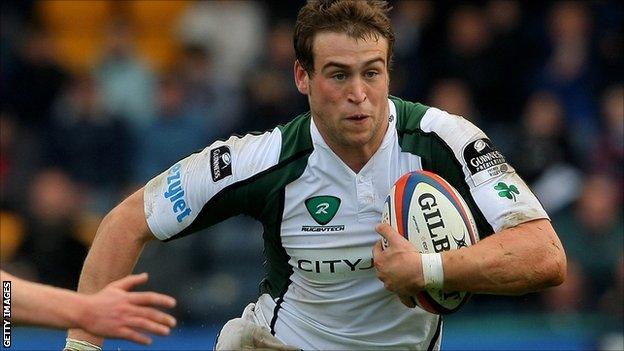 Jonathan Fisher has signed a new deal with London Irish which will see him remain at the club until June 2016.

The 25-year-old back-row forward has made 29 first-team appearances since joining the club's academy in 2007.

Fisher has also played at international level with England Saxons.

"Jon is an extremely gifted back rower," said Exiles director of rugby Brian Smith. "He is a strong carrier, tough in defence and has a fantastic work rate."