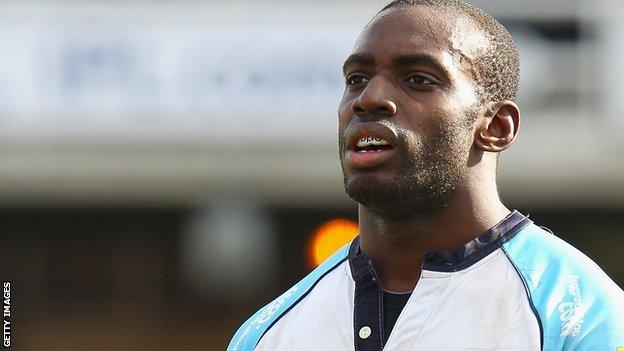 The 25-year-old joined from Worcester in the summer of 2012, but a serious neck injury means he has yet to make a first-team appearance.

However, Benjamin played 60 minutes in an 'A' league game on Monday night.

Director of rugby Richard Cockerill told BBC Radio Leicester: "We are delighted for him. He will get some match fitness and hopefully be back in the first team very soon."

Benjamin scored an early try in the 38-16 win over Gloucester United at Welford Road and Cockerill said it was fantastic to have the speedy winger back.

"We are just glad to have back on the field. There is a smile on his face again and it is not all doom and gloom," Cockerill added.

"He had some good touches on Monday. Hopefully we can build on that next Monday in the 'A' League against Worcester.

"He is going to be very important to us and in the next few weeks and the rest of the season."