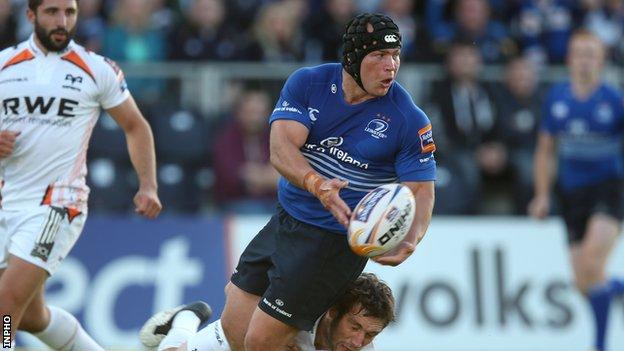 Leinster and Ireland hooker Richardt Strauss will miss the rest of this season after being diagnosed with a heart condition that requires surgery.

A statement from Leinster said that the South African-born hooker, 27, would undergo an operation this week.

"The management are confident that he will make a full recovery and will provide him with the best care in his recovery," added the statement.

Who is Richardt Strauss?

The hooker's heart condition was discovered following a series of recent tests.

Strauss has not featured for Leinster since playing 70 minutes of the Pro12 defeat by Glasgow on 20 September.

His absence for the remainder of this season is a blow both to the Dublin-based provincial side and Ireland.

Strauss has established himself as Leinster hooker ahead of fellow international Sean Cronin over the past three years and has also been a strong back-up to Ireland's regular number two Rory Best.

And with his former Leinster coach Joe Schmidt now in charge of Ireland, Strauss may have felt that he had a chance of dislodging Best from the Ireland jersey this season.

The Pretoria-born player made 36 appearances for Super 14 club the Cheetahs before signing for Leinster in 2009.

He helped Leinster clinch successive Heineken Cup triumphs in 2011 and 2012 and earned his first Ireland cap against his native South Africa 11 months ago.

Strauss scored his first international try in the win over Argentina two weeks later but he missed out on Ireland's 2013 Six Nations campaign because of injury.

His fourth and most recent cap came against the United States in Houston in June.