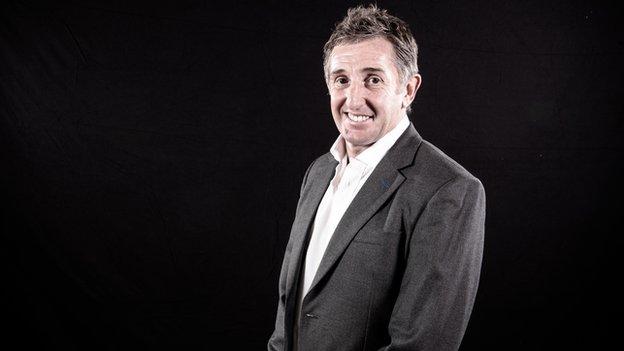 Meet Scrum V regular Jonathan Davies, the former dual-code international who is one of the most well-known and respected pundits on British television.

'Jiffy' won 37 caps for Wales in rugby union as a fly-half, while in rugby league he made nine appearances for his country and 10 for Great Britain, mostly at full-back.

What was your favourite ground to be play at as a player?

What's your favourite ground to visit as a pundit?

Most hostile ground you ever played in?

Hardest opponent you ever faced?

Which player from today's game would you most like to play with?

How much has the game changed since you played?

Fitness levels are higher and it's far more structured - but the game stays the same in principle.