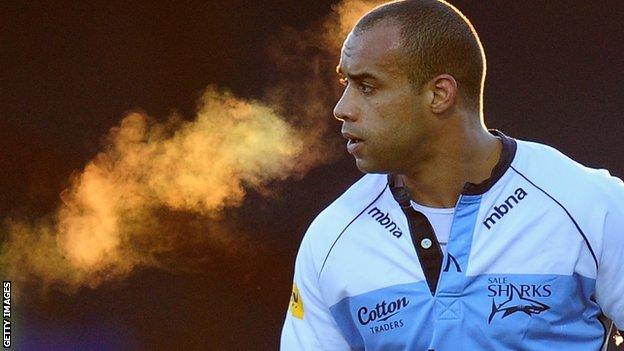 Newcastle Falcons winger Andy Higgins has retired from rugby on medical advice because of a knee injury.

The 32-year-old joined Newcastle at the start of last season and helped them win promotion back to the Premiership.

Higgins, who could also play at centre, began his career at Worcester and also had spells in the Premiership with Bristol, Bath, Exeter and Sale.

"It was a tough decision to have to make, and I'm ultimately disappointed to have retired," said Higgins.

Newcastle director of rugby Dean Richards said: "Andy has contributed a lot to the team during his year at the club, and I wish him all the very best for the future."

The former England Saxons back had retired in 2009 following accusations that, along with Bath team-mates Michael Lipman and Alex Crockett, he had failed to take drugs tests on three occasions.

The trio strongly refuted the allegations and Higgins returned to the game a year later with Exeter.