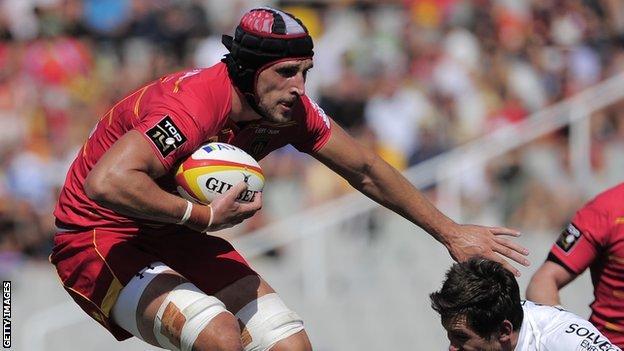 Wales lock Luke Charteris made his first senior appearance this year off the bench as in the Heineken Cup.

He returned in a 40-minute display for the Catalans' development side last weekend and the club say he suffered no adverse reaction.

But before doing so, the 6ft 10in forward played a starring role in Wales' 2011 Rugby World Cup campaign in which they finished fourth.

Charteris last played for Wales in December 2012, missing the 2013 Six Nation in the wake of the knee injury that also ruled him out of contention for the British and Irish Lions tour to Australia that followed.

Fellow Welshman James Hook scored all Perpignan's points in their 27-22 defeat at Kingsholm, where he continued at full-back for the Catalan club.