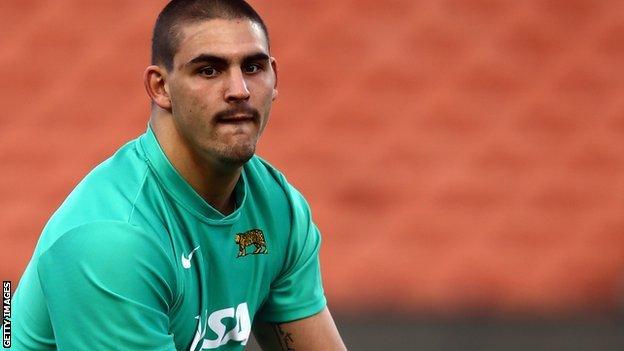 The 20-year-old has signed until the end of the season and will provide cover for England international Tom Croft, who is out for the rest of the season with a knee ligament injury.

Drector of rugby Richard Cockerill said: "He is an abrasive, aggressive player in the infancy of his career.

"There were lots of clubs after him but thankfully he wanted to come to us."

Matera only made his debut for the Pumas in May, but he was a regular in the recent Rugby Championship.

Cockerill added: "He was probably the standout player in the Under-20 World Cup in the summer and has progressed to the full national side."