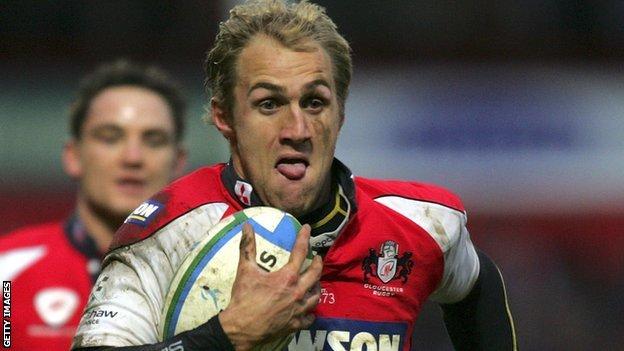 Gloucester full-back Olly Morgan has been forced to retire because of a serious knee injury.

The 27-year-old, capped twice by England, has not played since damaging ligaments in January 2012.

"You always think in the back of your mind 'can I defy the odds?'. But I know I've made the right decision," he told BBC Gloucestershire.

"The training, playing and continuous process is hard for a fit player, so for me, it just wouldn't be possible."

Morgan was making his 131st appearance for the Cherry and Whites, having signed a new contract two months earlier, when he suffered the injury in a 21-15 defeat by Worcester.

He was initially ruled out for the remainder of the 2011-12 season, but an infection delayed his progress and he has remained in rehabilitation.

"The first time I thought it was more serious was when I had the infection, but that's the risk you take with the operations," he added.

"I was really pleased with how the rehab had gone. But like with many guys who retire with knee injuries they feel they get close, but with professional rugby as it is nowadays, it made me think it couldn't cope.

"The gutting thing is how hard I've worked. That's the hard part to take."

Morgan signed his first professional contract with Gloucester in 2004 and three years later earned his two international caps against Scotland and Ireland in the Six Nations, only to suffer a shoulder injury during the latter appearance.