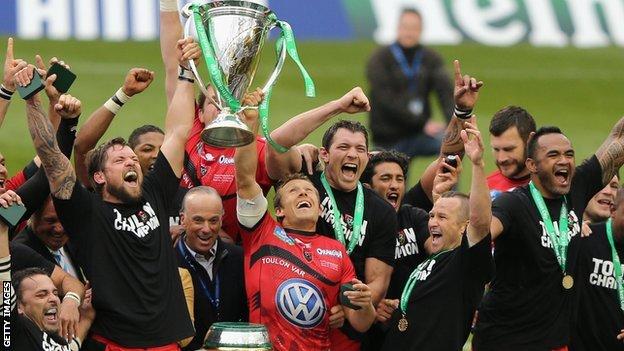 Much of the focus ahead of the 19th edition of the Heineken Cup has been on the battles off, rather than on, the field.

English and French clubs' long-standing issues over money and qualification for the competition have grown to a full-scale rebellion, with plans for a breakaway Rugby Champions Cup for 2014-15 putting the tournament's future in serious doubt.

But while the political wrangling continues behind the scenes, the on-pitch power struggles begin on Friday.

After winning their first Heineken Cup in May, Toulon are again likely to face a stiff challenge from Clermont Auvergne, while Saracens could be the pick of the English challengers.

Once again there are 24 teams in six pools of four and the pool winners, plus two best runners-up, progress to the quarter-finals.

Former England centre Jeremy Guscott, who won the tournament with Bath in 1998, gives his assessment on who will make it into the knockout phase. 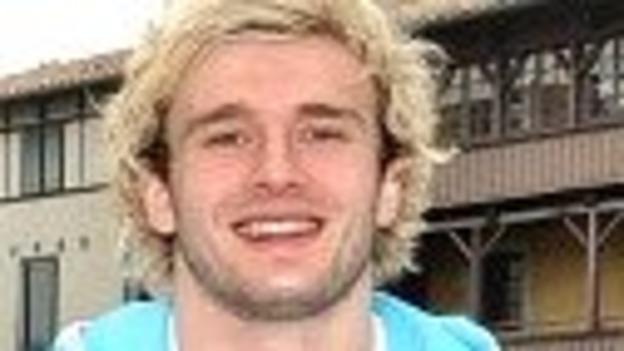 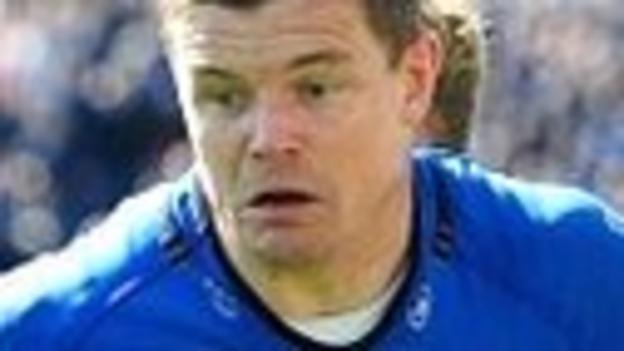 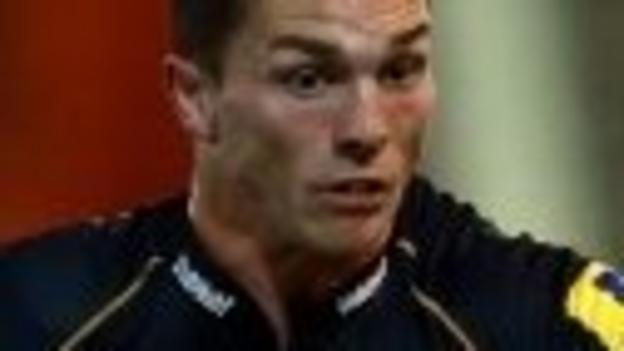 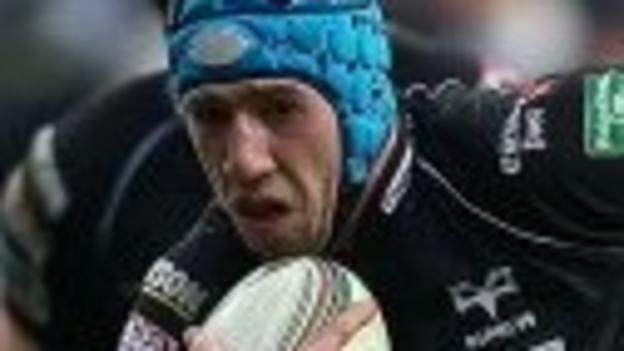 Jeremy Guscott's view: "This is a great pool in terms of the quality of the teams involved but it also goes a good way to showing us that the seeding is not right.

"Castres and Leinster are Top 14 and Pro12 champions respectively and there's no way they should be in the same group.

"Leinster and Saints would be my favourites to qualify from this group unless Ospreys buck a Welsh region trend and find some form in this competition.

"I don't think Castres will compete in the Heineken Cup this season, they're under new coaches and will concentrate on domestic survival. This competition will be a distraction for them.

"There's quite a bit of uncertainty at Leinster, it's legendary centre Brian O'Driscoll's last year, former coach Joe Schmidt has gone and Matt O'Connor has come in from Leicester.

"Add in speculation about a few players possibly going to France, and the camp is not as settled as it has been in recent times.

"Despite all that going on behind the scenes they do have a high-calibre roster and they are more than capable of winning the competition again.

"Saints have a lot to prove to themselves - can they deliver on the biggest stage at long last? With the likes of George North and Tom Wood in their ranks, they have the players to do well.

"The big matches will be 7 and 14 December when Northampton and Leinster meet on consecutive weekends.

"If Saints lose the first one at home it will be nigh on impossible to qualify."

Leinster to go through 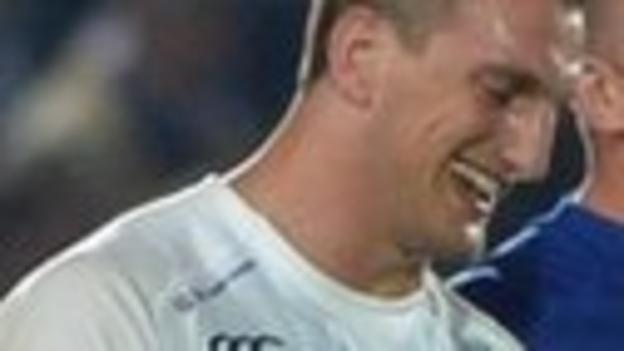 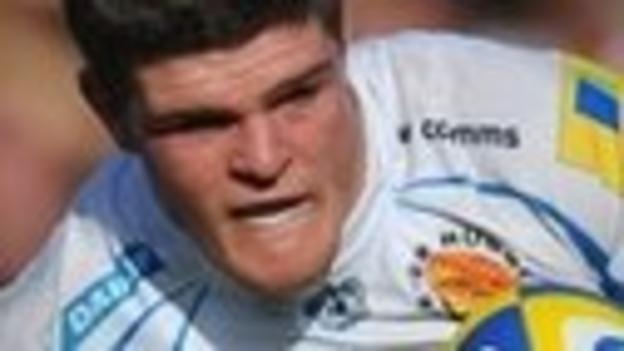 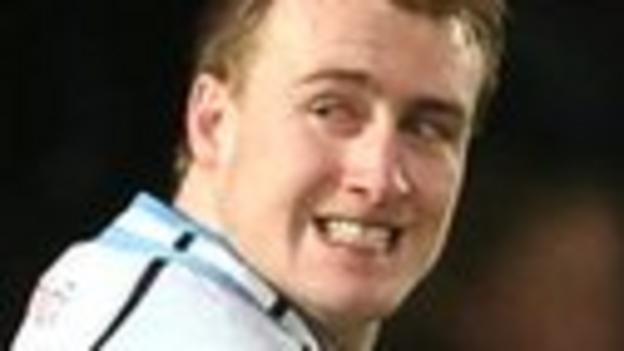 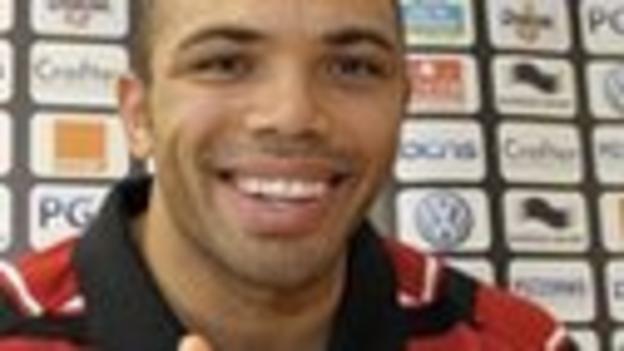 Guscott's view: "Defending champions Toulon will be massive favourites to move on from this pool and into the knockout stages.

"Glasgow's league form is very good but Europe has not been the happiest hunting ground for them.

"Exeter never give anything short of 100% home or away, and they almost beat Leinster in their competition debut last season.

"Cardiff have three British and Irish Lions superstars in Sam Warburton, Leigh Halfpenny and Alex Cuthbert, plus enough national talent to do some damage, but because of Welsh regions' past poor history, I'm not holding my breath for them to come through.

"If the superstars of Toulon think this pool is easy, that's a big mistake, I believe these teams on their day could beat most teams so they cannot afford to mess around by sending second teams to away matches, expecting a comfortable win.

"After seeing South Africa wing Bryan Habana score his brilliant second try against the All Blacks in the Rugby Championship decider last week, I can't wait to see him in action for Toulon.

"The big matches look like the two meetings between the superstars of Cardiff and the galacticos of Toulon but I don't think those two clashes will be the decider. Toulon are far better than the rest of the pool."

Toulon to go through 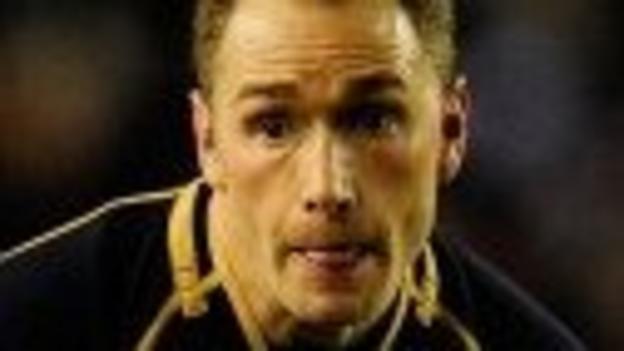 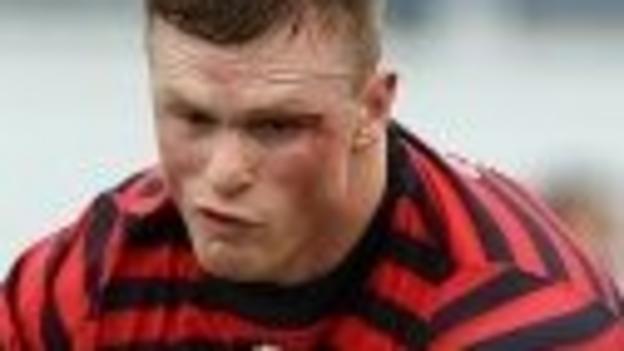 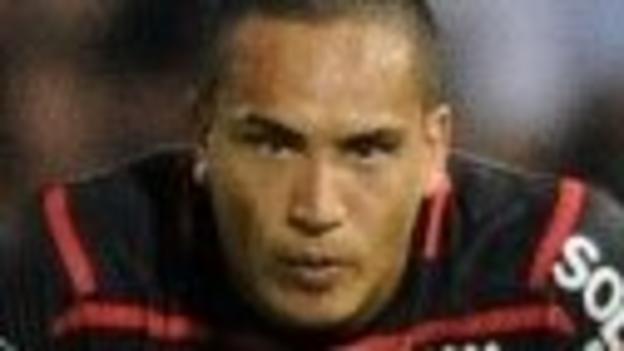 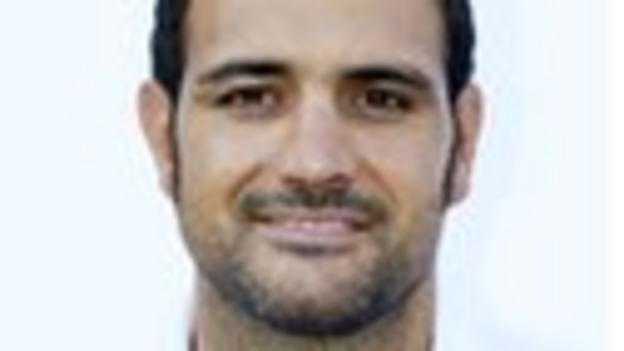 Guscott's view: "Toulouse have become a bit of a forgotten force in this competition, despite having won it four times before.

"It's about time they showed up and proved their pedigree. A few games I have seen, they don't look like the same team that had skill and panache.

"Like a lot of top French teams, they've moved to a more powerful game and left behind the skill that they were renowned for.

"If they revert back, they have still got enough class in the line-up to be real contenders.

"Saracens will be there or thereabouts and, if they have learnt what the difference was between them and Toulon in last year's semi-final, then they can win this competition.

"Mark McCall's side have been machine-like in their destruction of teams so far this season. The big test will be Toulouse at home in round two - can they be just as ruthless against a big European team?

"Connacht have an upset in them and will be defending the little teams' honour, but they and Zebre have little chance."

Toulouse and Sarries to qualify 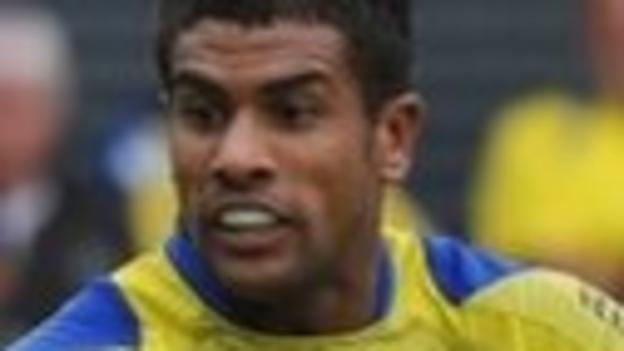 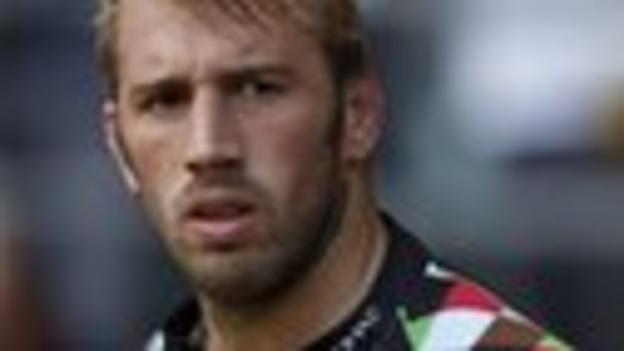 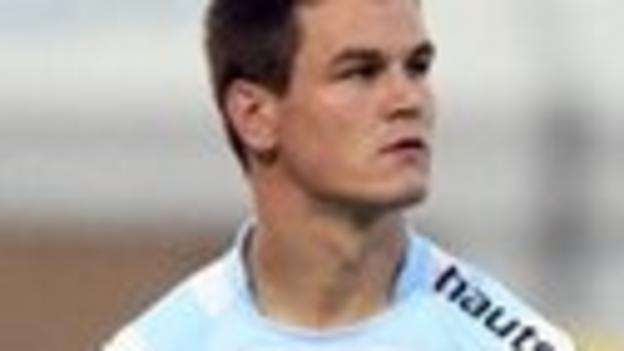 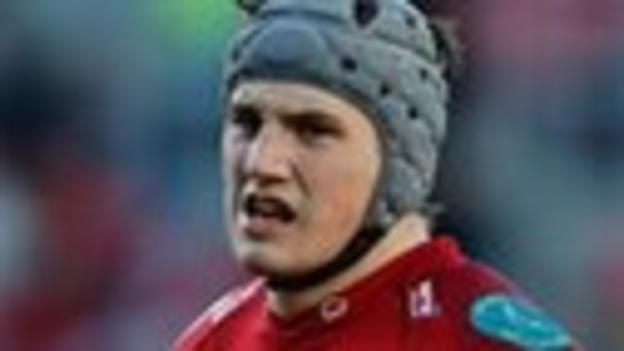 Guscott's view: "This is a very interesting pool with some great talent on show.

"Clermont stand out as favourites, but all these teams have some match-winning class sprinkled amongst them.

"It was a mini shock that Clermont lost against Toulon in the final last season but I'm afraid they bottled it and Toulon and Jonny took full advantage.

"Although Clermont have lost four games already in the French league I expect them to move up some gears in this competition.

"Even with Jonathan Sexton in their ranks and a lot of money spent on new players, I'm still not sure Metro have the X-factor to do well in the Heineken Cup.

"They have struggled to score tries in the Top 14, crossing nine times compared to Toulon, Montpellier and Clermont, who have all scored more than 20!

"I would say Metro are probably at the same stage Toulon were a few seasons ago, it's not their time yet.

"If Quins or Scarlets get through this pool they will have deserved it, but against teams with much bigger squads and budgets, it's unlikely." 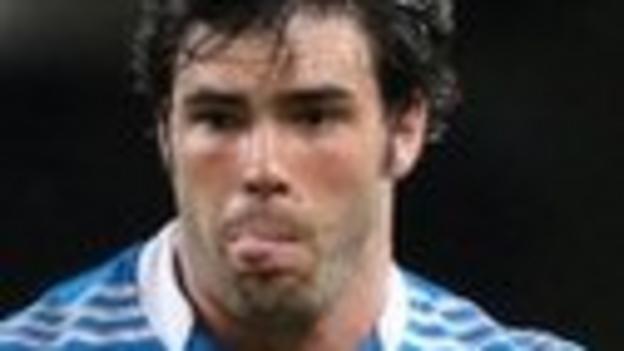 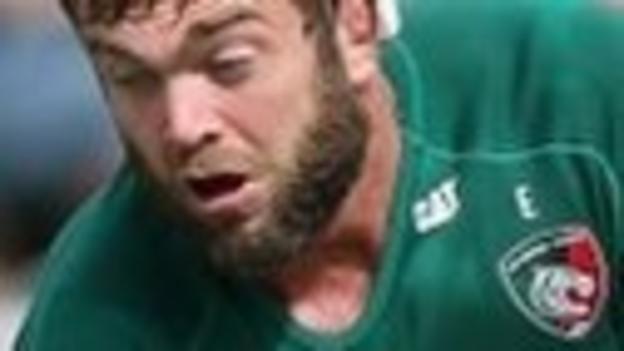 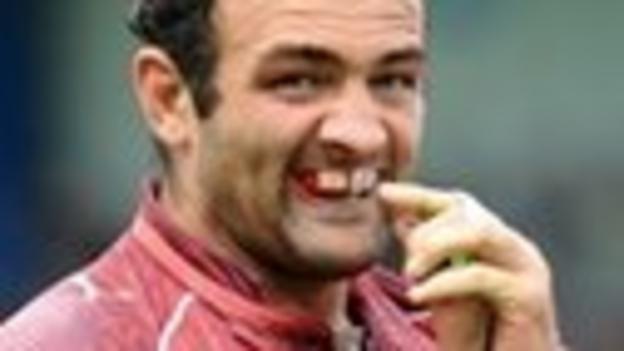 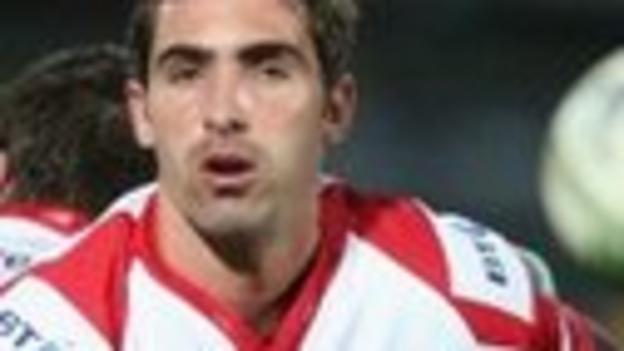 Guscott's view: "This is a hard, nasty group to find yourself placed in.

"This isn't going to be one with pretty rugby, more like a mass arm-wrestle.

"I was impressed with Montpellier's victory at home last season against Toulon to qualify for the knockout stages.

"Ulster are a talented team but can tend to get caught up in a dogfight when they should have the skills to move it away and glide to victory.

"They could set the pace in this group by getting maximum points from the back-to-back games against Treviso in December.

"Montpellier and Tigers will know what they have to do against the Italian side but chasing games is not always easy.

"All these teams have enough to win their home games, it is going to be the sides that can nick bonus points and sneak away wins that succeed.

"The ability to pick up bonus-point wins home and away against Treviso is perhaps decisive."

Very hard to call, but Ulster and Leicester to go through 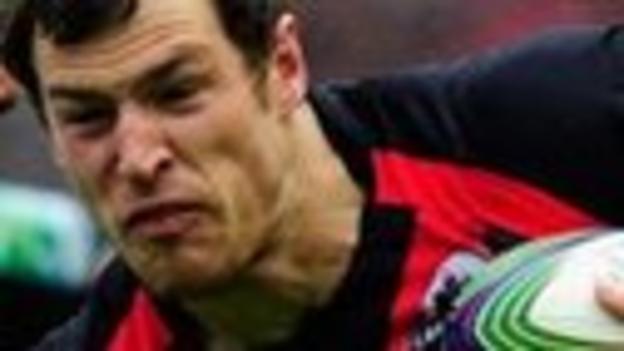 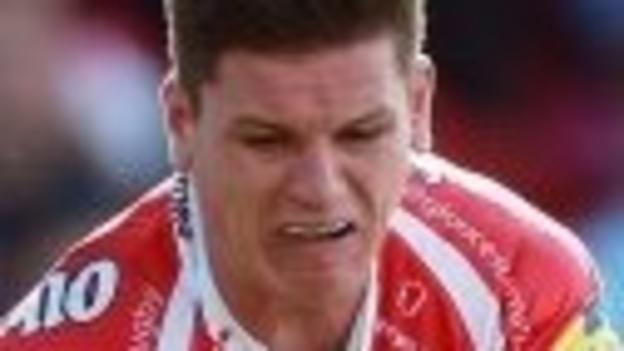 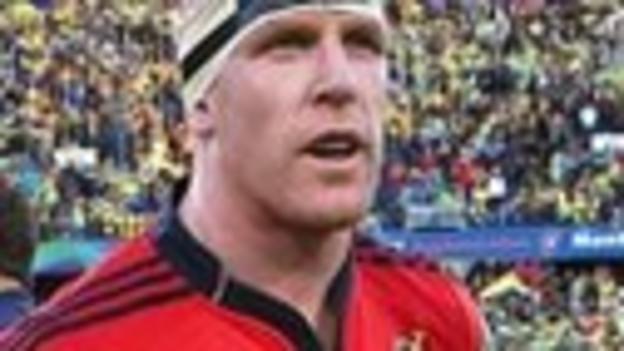 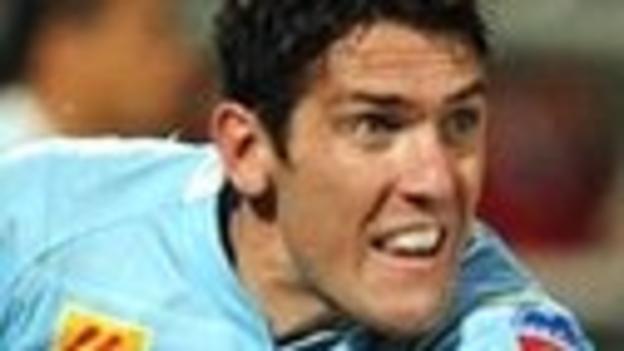 Guscott's view: "When this group was drawn it looked tricky, but Edinburgh are really struggling in the Pro 12 and Gloucester have been poor at the start of the season by their standards.

"Perpignan are mid-table in the Top 14 and Munster second in the Pro12.

"Perpignan haven't been in the competition the past two seasons, but we know if they take the competition seriously they will be very difficult to beat at home, as all French teams are.

"It is always hard to write off Munster, though, and their pack should be strong enough to see off Gloucester and Edinburgh.

"They also have the pedigree to go away from home and win which I think the rest of the pool lack."