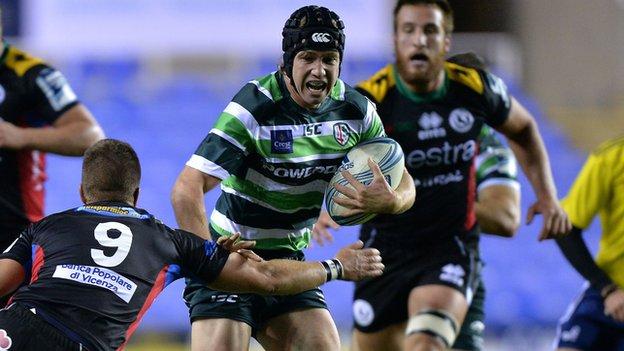 London Irish got off to a sound start in this season's Challenge Cup as they ran in nine tries at the Madejski Stadium to comfortably dispose of Italian minnows Cavalieri Prato.

Next stop Lisbon for the Exiles

Stand-off Dorrian's total haul came from an early penalty, followed by his try, following a delightful pass from lock Bryn Evans, and a conversion rate of five out of eight.

But, despite having their bonus-point win wrapped up by half-time, it was not completely plain sailing for the Exiles who had prop Halavatau sin-binned before conceding a late try to the part-timers.

The Italians' points looked likely to be limited to a penalty in each half for full-back Toby Browne until replacement Nicolas De Gregori took advantage of their extra man to crash over in the 79th minute.