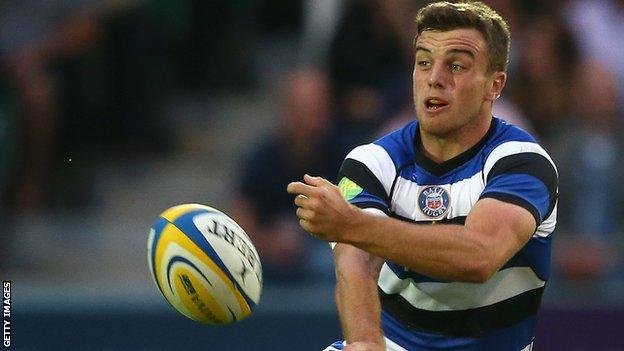 George Ford kicked all 15 points as Bath began their Challenge Cup campaign with a win at Bordeaux-Begles.

Tom Biggs knocked on in sight of the try line before half-time so Bath had to be content with a 9-3 lead at the break thanks to three Ford penalties.

Emmanuel Saubusse slotted over two kicks in response for the French side.

Bath host Newport Gwent Dragons, who were in their first Pool Two match, on 19 October.

"It was a very solid performance. For 80 minutes I thought the boys were outstanding.

"After the Sale defeat last week we talked about playing away from home, and the tactics we need to use.

"We had to take the sting out of a game because of the passionate crowd and the way they were playing at the start.

"To win anywhere away from home is pleasing but to win in Europe is doubly pleasing."