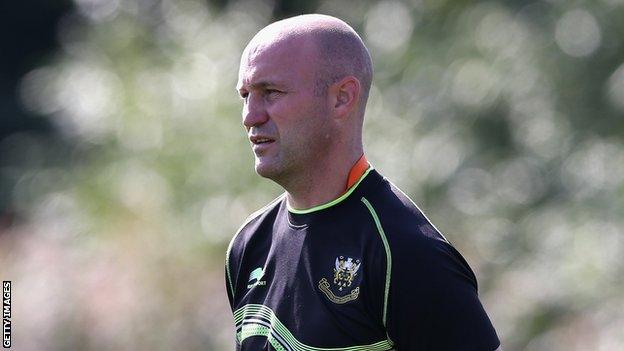 Northampton Saints coach Alex King has said his former club Clermont are one of the few French sides that "took away games pretty seriously".

Saints travel to Top 14 champions Castres in the Heineken Cup this week.

"I've said to the boys it's not worth watching their stuff away from home, watch the stuff at home," he told BBC Radio Northampton.

"We were probably one of the French teams that took away games pretty seriously at Clermont.

"But there's definitely less of an emphasis on winning away rather than at home.

"This season [in the Top 14] teams are winning their home games, concentrating their resources into those, and maybe sending a weaker team away from home."

Only four French sides have lost at home after nine rounds of the domestic campaign, and three of those have suffered defeat in front of their own fans just once.

Meanwhile, in the English Premiership, five teams have been beaten at home, four of them twice, after five rounds.

Castres have started the defence of their title slowly and are currently down in 11th.

But King believes Saints will be aware of their strength, particularly as this is the fourth successive year the teams have been drawn in the same pool.

"We've had them a couple of times in group stages. It will be a hostile atmosphere with an English team going to the south of France.