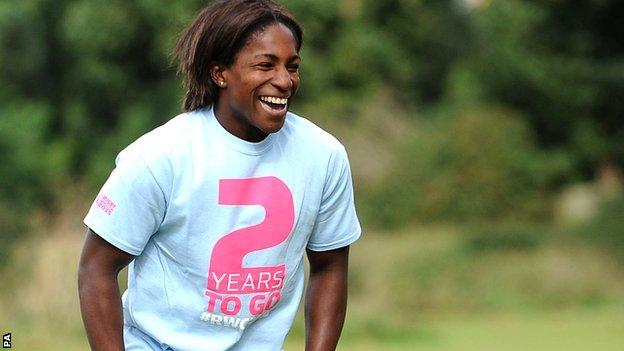 Saracens flanker Maggie Alphonsi has been named in the England women's squad for the autumn internationals after missing 20 months through injury.

England women play France at Twickenham on 9 November before taking on Canada at the Twickenham Stoop on 13 November.

"To welcome back a player of Maggie's experience is always a tremendous boost," said head coach Gary Street.

"With Hannah's return, it just adds to the quality of our back row."

The return of the 29-year-old Alphonsi, who became the first woman to win the Rugby Union Writers' Club Pat Marshall Award in 2011, will boost the England squad following a difficult 2013.

The Six Nations squad was an inexperienced one as a focus was placed on succeeding at the Sevens World Cup in Moscow. But England did not progress past the quarter-finals in that competition.

The XVs then suffered a series whitewash away to world champions New Zealand before completing the summer with a 27-13 loss to Canada in the Nations Cup final in Denver.

"It's fantastic that we have enjoyed so much success in the past, but at some point you have to be tested - and in 2013 we were," said Street.

"Now, however, we feel we have the depth in the squad we need and I think this could be a very good season for us."

Street will name his captain closer to the France match. Lichfield number eight Sarah Hunter has worn the armband since the start of 2013, but former skipper Katy McLean is back after time with the Sevens squad.