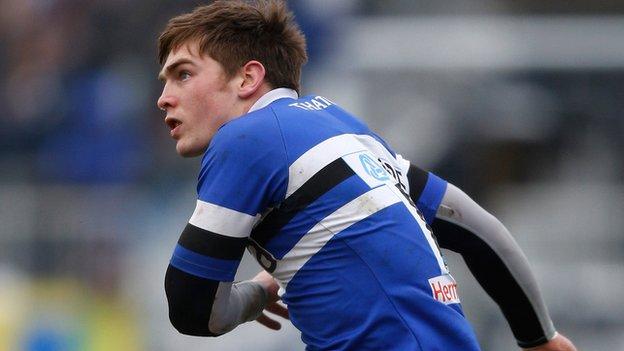 Tom Heathcote kicked Bath to victory over Newport Gwent Dragons to make it two wins from two in the Challenge Cup.

The game was poised at 10-10 at half-time after Richard Lane's try was cancelled out by Wales international Toby Faletau, and Heathcoate and Jason Tovey exchanged penalties.

But Heathcote landed three kicks in the second half to put the visitors ahead.

And the Scotland fly-half kicked his second conversion following Mat Gilbert's try to seal the win.