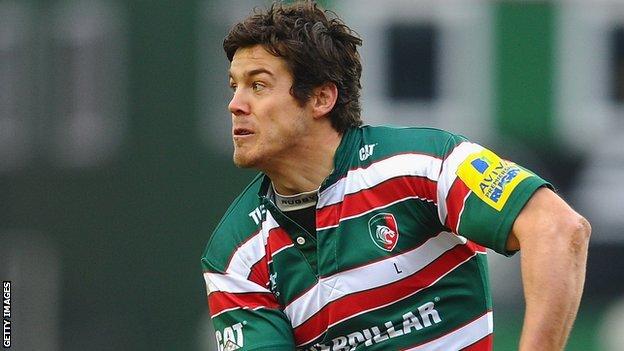 Leicester Tigers centre Anthony Allen will be out of action for three months because of an ongoing leg injury.

The 27-year-old, who had been tipped for a call-up to the England squad this autumn, has played four times for the Tigers this season.

"Anthony had a bang to the leg and had something called compartment syndrome," Tigers director of rugby Richard Cockerill told BBC Radio Leicester.

"He has had to have surgery to remove pressure in his leg."

Allen has added to the Tigers' growing injury list at centre, with Manu Tuilagi and Matt Smith already out.

It leaves Dan Bowden as the only fit senior centre at Welford Road.

"He's had surgery a couple of times in the last week to make sure everything is as it should be," added Cockerill.

"It will keep him out of action for up to three months, if not a little bit more depending on how it heals and how it settles down.

"It is obviously bitterly disappointing for him and ourselves - a tough blow and a tough one to take."