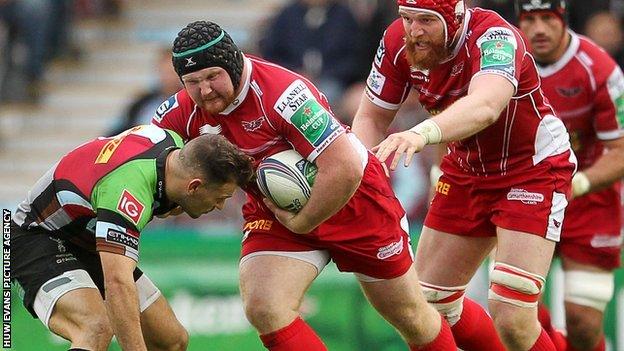 That rules him out of the Scarlets' Heineken Cup clash against Racing Metro on Saturday and the 25 October Pro12 clash at Zebre.

McKenzie determined Lee was going for the ball, but in doing so, the player's boot "made contact with Care's face in a reckless manner, and that in his opinion, the offence warranted a red card".

An ERC statement read: "He [McKenzie] found that the act was at the low-end entry point of the IRB's [International Rugby Board's] sanctioning regime [two weeks] and although there were no aggravating factors, and although Lee had a clean record, the player had pleaded not guilty and therefore, no mitigation was possible in this case."

The IRB recommended minimum sanctions for foul play are two weeks for a low range offence, five weeks for a mid range, and nine to 52 weeks for a high end.