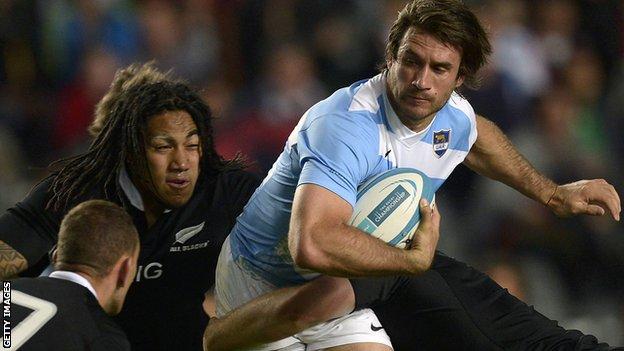 The 29-year-old, who has won 23 international caps for the Pumas, joins the Allianz Park side from French Top 14 club Biarritz.

"I'm really impressed with the club and it's a good challenge for me," he said.

"After seven years of living in France and playing in the Top 14 I've made the change and it's very exciting for me. I'm delighted to be here."

Bosch, who made his international debut against Italy in 2007 and has scored three tries for the Pumas, has already got acquainted with some of his new team-mates.

He added: "I had the opportunity of seeing the match last Friday in Ireland [against Connacht] with a few of the players who weren't playing on the night and I really enjoyed it.

"Everyone has been welcoming since I've arrived. They are treating me really well and have been very kind with me."