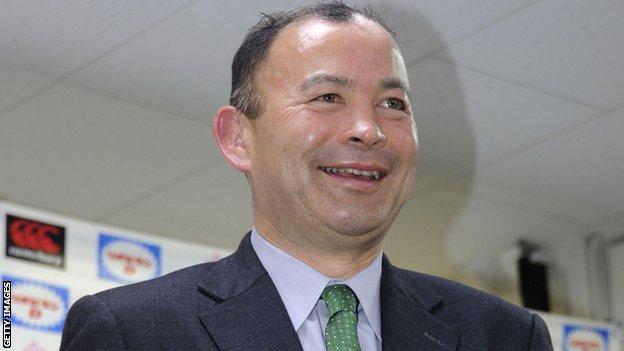 Former Australia and Saracens coach Eddie Jones has been admitted to hospital in Tokyo because of illness.

The 53-year-old is head coach of the Japan national team and had been preparing his players to face world champions New Zealand on 2 November.

A spokeswoman for the Japan Rugby Football Union told news agency AFP he has shown signs of a minor stroke.

Jones took over from All Black John Kirwan as Japan head coach in April 2012 and enjoyed a win over Wales.

"He was with the team's staff at the time and they went together to a hospital in Tokyo by taxi," Mayuko Watanabe told AFP.

"The doctors said he was showing signs of a light cerebral infarction and he was hospitalised for examination."

Jones coached Australia to the 2003 World Cup final when the Wallabies were beaten by England in Sydney and also worked for a spell as Saracens' rugby director between 2007 and 2009.

After taking on the All Blacks, Japan are due to travel to Europe for matches with Scotland on 9 November, Gloucester three days later, then Russia in Colwyn Bay and finally Spain in Madrid on 23 November.