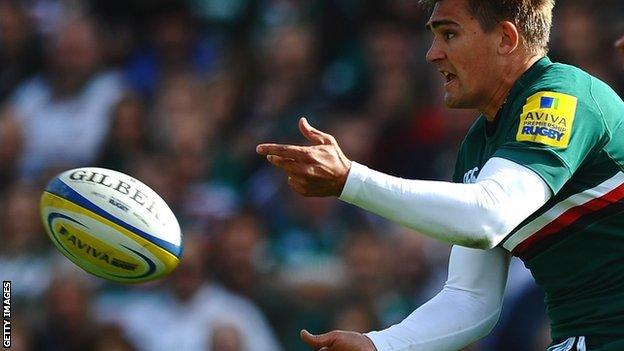 The England fly-half's current deal runs out at the end of the season.

And while Flood, 28, has been linked with a move to Heineken Cup holders Toulon, Cohen does not feel there is a reason to rush a new deal.

"I'm relaxed because we trust Toby enough to talk to us when the time is right," Cohen told BBC Radio Leicester.

"We will do everything we can to persuade him to stay, but we are not pushing him.

"When the time is right and he feels in a settled place then he will come and talk to us. Hopefully that will result in him staying."

Flood, who led the Tigers to their 10th English title in May after taking over the captaincy from Geordan Murphy, insisted he had not discussed a move away from Welford Road when rumours first surfaced about a possible switch to France last season.

The 57-times capped fly-half was named in Stuart Lancaster's England squad for next month's autumn internationals.