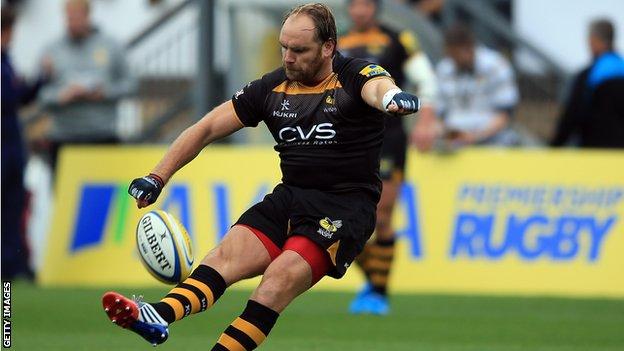 Andy Goode kicked 16 points as Wasps hit back from a 10-6 half-time deficit to earn victory in the Challenge Cup.

Sam Gerber gave Bayonne an early lead with a try which was converted by Stephen Brett before Goode missed with his first penalty of the night.

He was successful with three further efforts either side of the break before Ed Jackson put Wasps ahead with a try.

It was Wasps' second straight victory in their group while Bayonne made it 11 games without victory against English sides.

England international James Haskell made his first appearance of the season when he came on as a 59th-minute replacement.