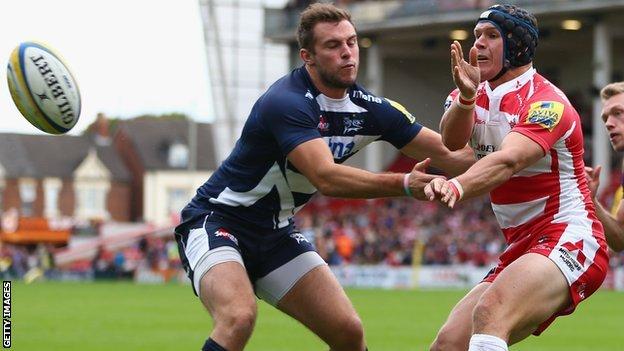 The 29-year-old has made 32 appearances and scored 70 points since arriving at Kingsholm from Cornish Pirates in the summer of 2012.

"I've you'd have told me a few years ago that I'd have a chance to play for four years in the Premiership I would have snapped your hand off."

Cook joined the Pirates from Nuneaton at the start of the 2009-10 season and he totalled 1,029 points in his three seasons at the Mennaye.

He had initially agreed to stay with the Championship club last year, but rescinded on the deal to play in the Premiership.

And, following a long-term injury to Olly Morgan, which eventually ended his playing career, Cook became a first-team regular in Nigel Davies' side.

"It's an awful shame for Olly - you don't wish that on anyone," added Cook. "I would have loved to have played with him and learn from him.

"But he's been fantastic with me in terms of helping me with analysis and behind the scenes, and not many people see that."