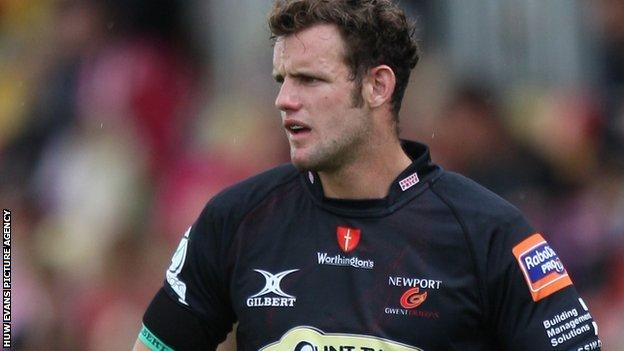 The 27-year-old Pungea has been a key member of the Romanian team since making his debut in November 2012.

Pungea has been added to the squad after Deacon Manu suffered a fractured arm which will sideline him for three months.

Poole has signed on a dual contract with the Scarlets and Wales Sevens.

Poole, who has signed a one-year deal with the Scarlets, was released by the Dragons in May when his contract expired.

His time at Rodney Parade was disrupted by a series of injuries including a broken left ankle sustained in January.

The 27-year-old was the Principality Premiership top try scorer with 19 tries for Newport during the 2008/09 season and has also played for Pontypool.

"Horatiu is a big player and comes to us in great shape," Scarlets head coach Simon Easterby said.

"He will add depth to our squad in a key position but will also in training will help further the development of our younger props Samson Lee and Rhodri Jones."