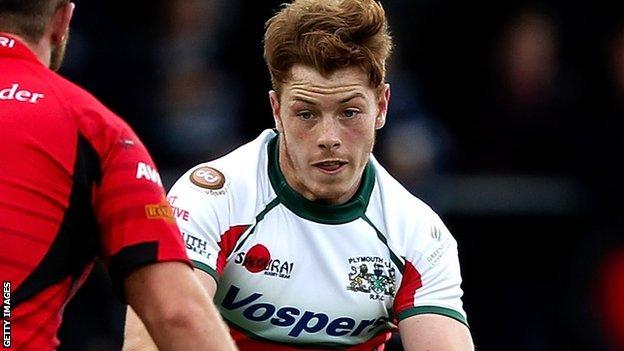 Plymouth Albion battled their way to a 23-18 win at Jersey in a closely-fought Championship clash.

Toby Howley-Berridge grabbed an early try but Jersey's Nicky Griffiths went over at the other end soon after.

The hosts were in front thanks to Niall O'Connor's penalties, but Dan Mugford's score reduced the deficit to 13-12 at half-time.

Much like the meeting between the teams on the opening day of the season, which the game twisted one way and then turned the other.

With the match just a couple of minutes old Howley-Berridge gave Albion first blood as he crashed over, via the posts, to score.

The lead was short lived though, as scrum-half Griffiths spotted a gap in the Albion defensive line and showed real strength to ensure he eventually grounded the ball.

Two penalties from former Ulster fly-half O'Connor gave the islanders a 13-7 lead, but Mugford darted through to touch down and put his side back within a point.

The Plymouth fly-half hobbled off before half-time though after a big hit near the half-way line.

After the break Jersey conceded two early penalties and then failed to deal with Elder's pace as he sprinted through a number of missed tackles to cross the line and give Albion a 23-13 advantage.

Jersey were not finished though and after a powerful maul near the line, number eight Tom Brown was at the bottom of a pile of players to touch down and give the Channel Islanders a losing bonus point.