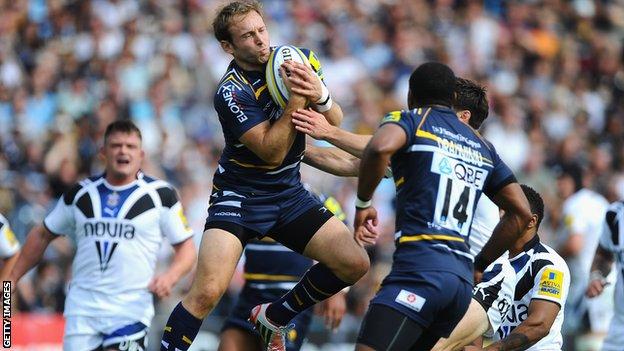 Worcester hope a one-off price cut for next week's home game against Bath will bring back missing Warriors fans to inspire their misfiring team.

Their 12-match run without a win since 1 March has led to this season's three home league games so far being played in a near half-empty stadium.

"What the team need is as much encouragement as we can give to push them to that first win of the season."

Worcester's occasional experiment of playing Premiership home matches on a Friday night has previously proved a winner at Sixways, creating a wonderful atmosphere when the team are winning.

But this season's three Premiership home matches, only one of them played on a Friday, have been watched by an average crowd of 6,891, a long way below the stadium's 12,024 capacity.

"We're caught between a rock and a hard place. The atmosphere is flat," Cameron told BBC Hereford & Worcester.

"The start to the season has been very poor. A lot of fans have been disappointed with the performance.

"We've consulted season ticket holders, debenture holders and fans and we thought, for a one-off match, why don't we try to recreate the atmosphere we've had in the past on Friday night and encourage fans to come down with the the price offer we have made."

Before the Bath game, the winless Warriors return to Premiership action at Exeter on Saturday after two failures in the Challenge Cup to chalk up a much-needed first victory for director of rugby Dean Ryan, against Oyonnax and Sale.