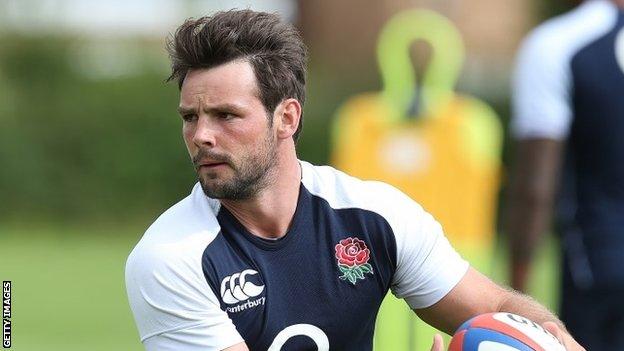 England have released 10 players back to their Premiership clubs ahead of the first autumn international against Australia on 2 November.

England coach Stuart Lancaster said: "We won't finalise the side to play Australia until closer to the game.

"It's a chance for those going back to stake a final claim for inclusion."

The other players returning to their clubs for the next round of Premiership matches are Dave Attwood (Bath), Freddie Burns (Gloucester), Luther Burrell (Northampton), Alex Goode (Saracens), Tom Johnson (Exeter) and Matt Kvesic (Gloucester).

England first play the Wallabies, Argentina the following Saturday and New Zealand on 16 November, with all three matches taking place at Twickenham.