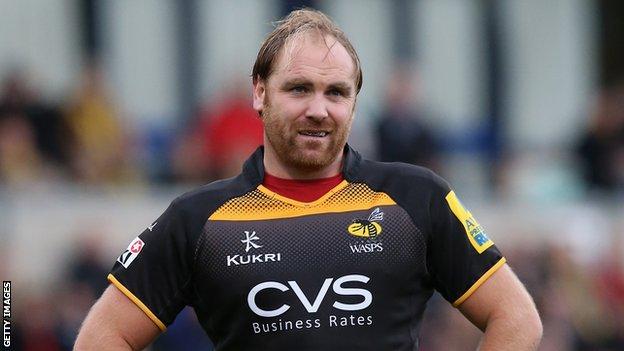 Young told BBC London 94.9: "In tight games, the experience and know-how of how to win is hugely valuable.

"He showed that in abundance and his kicking was very good. He really stood up and he led. He deserves all the plaudits he gets."

Young added: "His accuracy in most things he did was excellent."

Goode, who has won 17 caps for England, joined Wasps this summer after Worcester decided not to offer him a new contract.

Young says his squad are benefitting from having a man of Goode's experience in their ranks.

"I think people doubted why we signed him, which I was scratching my head about," he said.

"Most of our backline and a lot of our team are very young. I felt it was hugely important to bring someone of that experience in.

"Not only in his own actions, but the talk and encouragement he has given players to play the game in the right areas and do the right things at the right time.

"People see what he does on the field but he does a hell of a lot in training to talk to these youngsters.

"He had a bit of a kicking off a lot of people after the Twickenham game [when Goode missed a last-minute conversion against Harlequins] but, as I said after that game, it was always going to be a situation where Andy was going to win us a lot more games than people think he loses for us."