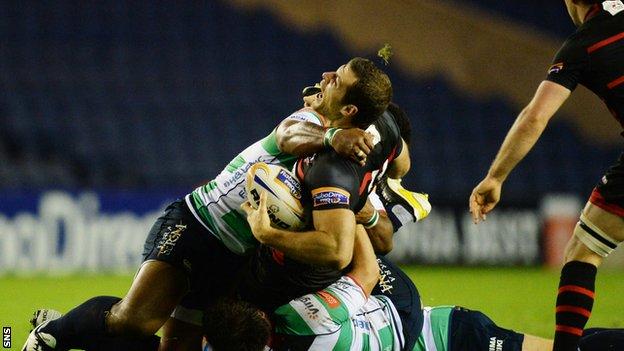 Visser, who injured his leg during Friday's 20-13 win against Treviso, will undergo an MRI scan later.

The 41-man squad gathered in Glasgow on Monday in preparation for next month's Autumn internationals.

Saracens back Duncan Taylor, who suffered an injury in his side's 41-20 Premiership loss to Northampton Saints on Saturday, is also absent.

Taylor suffered abdomen and shoulder damage and is being treated by Saracens' medical team.

Scotland play Japan on 9 November and then South Africa on 17 November before meeting Australia on 23 November, with all three matches taking place at Murrayfield.