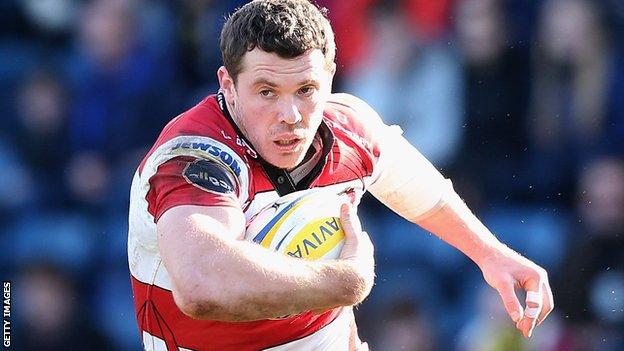 Harlequins have signed Tim Molenaar until the end of the season after the centre was released from the remainder of his contract at Gloucester.

The 32-year-old New Zealander scored 10 tries in 75 appearances for Gloucester, whom he joined in 2009.

"With Harlequins having some injuries, there is a chance for Tim to get some more playing time," Gloucester director of rugby Nigel Davies said.

"We would like to thank him for all his efforts over the past four seasons."

Molenaar, who last started a game for Gloucester in February, was under contract at Kingsholm until 2014.

"Tim has been a popular member of the squad in his time here and, even though he has not had many chances in the first team recently, has been a good professional," Davies added.

"We wish him all the best for the future."

Harlequins currently have a number of first-team squad members sidelined by injury including Jordan Turner-Hall, Nick Kennedy and Paul Doran-Jones.

And, with Chris Robshaw, Mike Brown and Joe Marler involved in the autumn international Tests, director of rugby Conor O'Shea was pleased to bolster his squad.

"Given our injury situation and the time of the season, we are very fortunate to sign a player of Tim's experience," O'Shea said.

"We are looking forward to welcoming him to the Harlequins family."