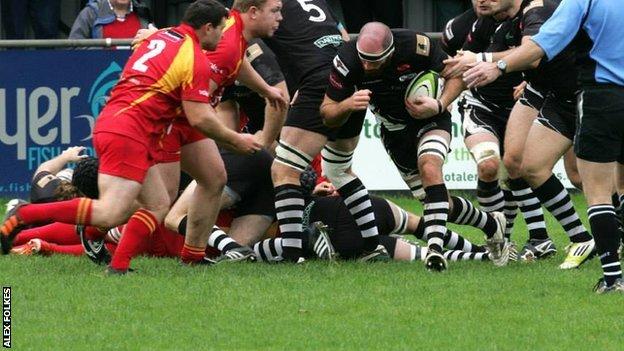 Launceston coach Cliff Rainford said his side had finally found their form in defence after registering a 23-17 victory over high-flying Cambridge.

The coaching set-up have criticised some of the team's defensive displays this season, but Rainford praised his players' resilience without the ball.

"Our defence was how we should be playing all the time," Rainford told BBC Radio Cornwall.

"That's how our defence has been for the last few years so I'm very happy."

In the build-up to the match, Launceston captain Ben Hilton had called on fans to show more patience and Rainford praised the home crowd for their support.

"The fans make Polson Bridge - we're one of the best-supported sides in this league and the league above as well and having people turning out week-in, week-out is really important to us," he said.

"To put in a performance like that is phenomenal work from the guys and I couldn't be happier."