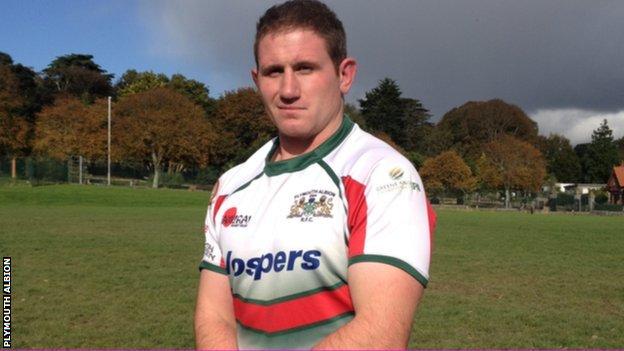 Plymouth Albion have brought prop Martin Rice back to the club until the end of the season.

Rice played for the club between 2005 and 2010, having been signed from Launceston by former coach Graham Dawe.

The 31-year-old went on to play 92 league games for Albion, although several serious injuries prevented him from making even more appearances.

Rice quit during the 2010-11 season to run the family farm but has since played occasional games for Launceston.

The Cornishman suffered two knee injuries during his first spell at Brickfields and also underwent a major operation to repair a prolapsed disc in his neck.

But his form, when fit, caught the eyes of Premiership giants Wasps, who brought him in for a short loan spell during the 2009-10 season.

Rice has been training with Albion and will go straight into the squad for this weekend's match against Bristol at Brickfields.