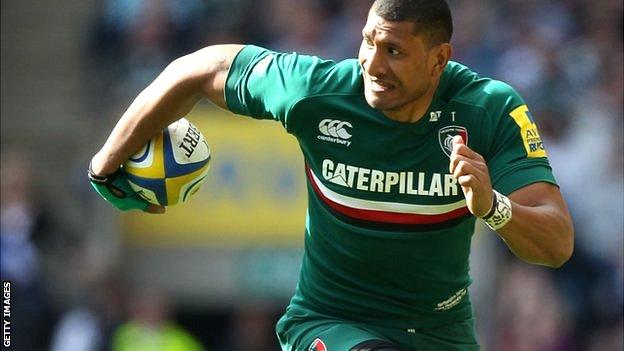 Mafi, 23, centre Matt Smith, 27, and winger Scott Hamilton, 33, are all set to return to action on Saturday.

It comes as a timely boost for the Tigers, with 18 players unavailable in Sunday's loss to London Wasps.

"Mafi is fit, or at least not injured," Cockerill told BBC Radio Leicester.

"Being fit to play is another matter, he has not played a lot of rugby in the last few months so it is hard bringing guys back.

"Those three [Mafi, Smith and Hamilton] are more than likely to now be available."

Mafi, who moved to Welford Road from Australian Super Rugby side Waratahs in 2010, has not played since the loss at Bath in the second week of the season because of a knee injury.

Likewise, Hamilton has not made an appearance since the trip to the Recreation Ground, while Smith is yet to play this term after breaking his thumb.

Smith will be one of only two senior centres available to Cockerill on Saturday after Terrence Hepetema, 21, made his first start for Leicester against Wasps, partnering 27-year-old Dan Bowden in midfield.