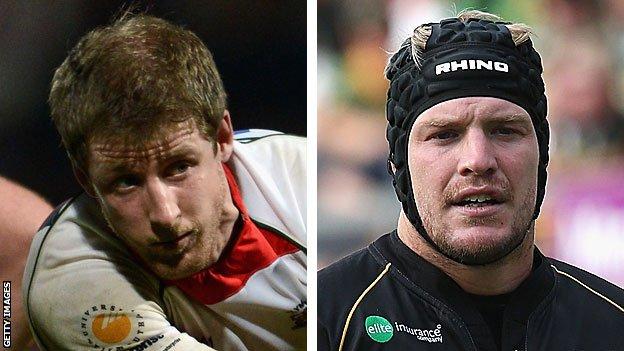 Plymouth Albion scrum-half Ruairi Cushion and number eight Rhys Oakley have been picked to play for the Barbarians next month.

Cushion and Oakley will line-up for the Baa-Baas against a Combined Services team at Brickfields on 12 November for the annual Remembrance match.

"It is a huge honour to be selected," said club captain Cushion, 30.

"It's massive for any rugby player to be picked by the Barbarians and it will be one of the highlights of my career."

He added: "The game against the Combined Services will be a very proud day for me and my family."

Former Wales international Oakley, 33, joined Albion from Northampton Saints in the summer and combines his playing duties with his role as the club's forwards coach.

The Baa-Baas team will be coached by Cornish Pirates boss Ian Davies, while the club's long-serving prop Alan Paver will also be part of the squad.

The Barbarians are an invitational side made up of players from international and club rugby.