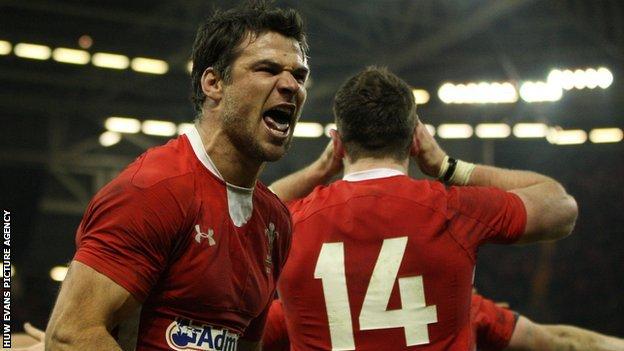 Mike Phillips should retire if he cannot improve his discipline, according to his former Ospreys boss Lyn Jones.

The Wales and British and Irish Lions player, 31, against the French Top 14 club.

Newport Gwent Dragons boss Jones, who coached Phillips in 2007-08, said: "If his motivations match up with his expectations, then he's got a future.

"If not, I think it's best that he retires."

Phillips was dismissed after allegedly turning up at a video analysis session under the influence of alcohol.

In an interview with BBC Wales Jones added: "Mike needs to get his discipline and he's potentially got three to four years left in the professional game at a decent standard.

"He needs to check out what his motivation is about being involved in the professional game."

Wales coach to deal with his off-field issues.

He was suspended by Bayonne in 2012, for off-field misconduct, and by Wales in July 2011 following an incident in Cardiff city centre when he was involved in a confrontation with a doorman.

Phillips joined Jones at Ospreys from Cardiff Blues ahead of the 2007-08 campaign.

And the former Neath, Llanelli and Wales flanker believes Phillips will not be short of offers from leading clubs from France and England.

Jones added: "He's a quality rugby player, given the freedom to do what he wants. He could end up anywhere.

"I'm sure there are lots of sides in France who would be happy with him, as well as [in] England."

However, the former London Welsh boss also believes the Welsh Rugby Union (WRU) could test its offer to by employing Phillips.

He said: "It would be interesting, actually; the governing body [WRU] have spoken about central contracts and this would be an interesting test case for the union to see how effective they could be at centrally contracting a player and what they'd do with him next."

Jones says Phillips' ability means he could also "demand" a long-term contract from his next team.