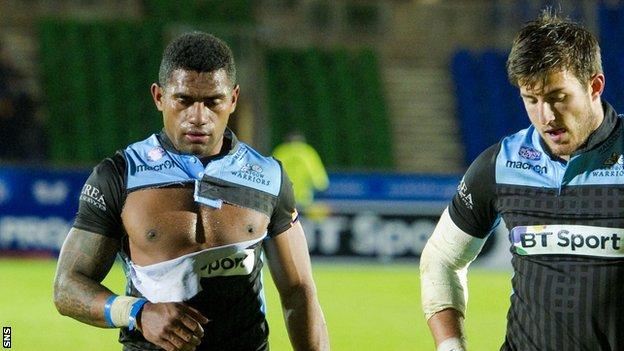 Matawalu was cited for an alleged incident of foul play and appeared before an independent Pro12 disciplinary committee in Cardiff.

The committee said Matawalu's contact with O'Callaghan was "accidental".

"After a hearing lasting three-and-a-half hours, the committee found, on the balance of probabilities, that while Mr Matawalu's teeth had come into contact with Mr O'Callaghan's arm, causing injury, this contact was accidental and therefore not an act of foul play.

"Accordingly, the citing was dismissed."