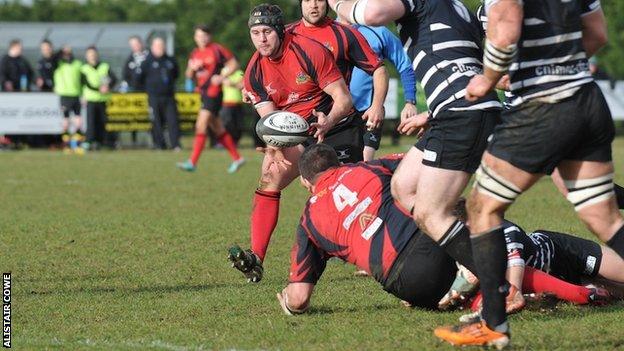 Morcom has chopped and changed his team this season, depending on availability.

"We have a couple of guys who can only play home games but with their calibre you've almost got to have them in your side," he told BBC Radio Cornwall.

"But that upsets the applecart with the rest of the players, so I might need to bite the bullet and not involve certain guys to try to keep some consistency."

He said: "I think we need to do that now really."

Redruth have won three out of four home matches this season, but have yet to register a victory on the road.

But they are far from alone in National League Two South in having a far stronger home record than away.

"Nobody seems to travel that well for whatever reason," added Morcom, whose side take on Shelford on Saturday at the Rec.

"We've got to make sure we come away this weekend with some points and build up to next week against London Irish Wild Geese.

"With two home games back-to-back hopefully we can get a bit of momentum together and carry with that through.

"We've got to start trying to back up some performances. We played really well at Dings last weekend for periods, now we've got to make sure we perform for 80 minutes which is easier said than done."

Morcom said the return of players from injury would make his selection job more difficult - but in a positive way.

"I had a few plans in my head that I wanted to change and it's taken a bit longer than I would have hoped for people to buy into it," he said.

"But we've got a lot of people coming back form injuries so shortly we'll have to make our mind up who we're picking rather than chasing people to play - which is a good position to be in."