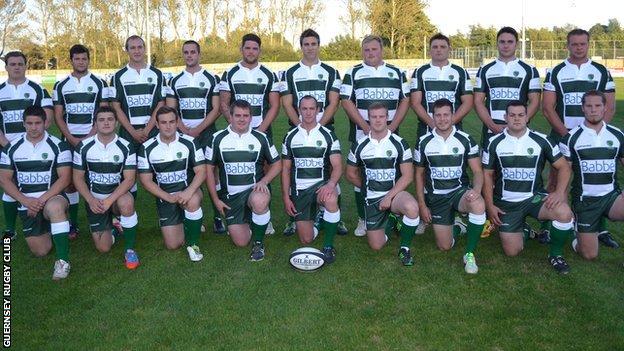 Guernsey RFC boss Jordan Reynolds said his side have to start finding some consistency this season.

"Finding consistency and getting a couple of wins under the belt seems to be difficult for lots of teams in the league," he told BBC Guernsey.

"But if we can keep getting the same guys on the field then we'll give ourselves every opportunity."

Reynolds, speaking ahead of Saturday's game against Westcombe Park, continued: "These games are always going to be tough but that's the way it is in National League Three.

"We're confident and we played quite well in patches. We know we've got stuff to improve on but at the same time we've got to look at some really positive play from last week and push it through to the Westcombe game."