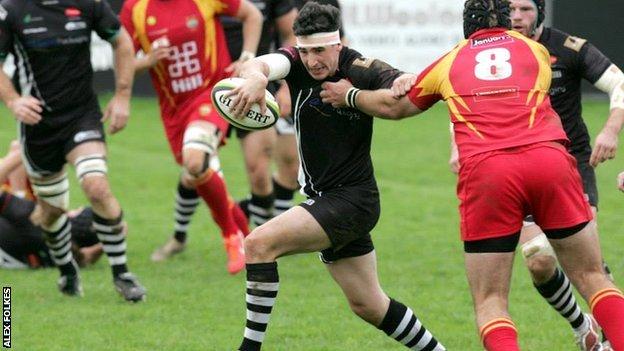 Launceston coach Cliff Rainford says the National League Two South is still "wide open" for any team which can find some consistency.

Rainford's side are 12th in the league but the table above is extremely tight.

"It's strange - last year you quickly had a good idea on who would be the top sides," he told BBC Radio Cornwall.

"But this year you can see no-one is defending exceptionally well and teams are doing better at home than away so at the moment it's still wide open."

Rainford added: "The team that gets to grips with consistency will be the ones who do really well."

"I couldn't have asked for anything more against Cambridge - the effort put in by everybody in attack and in defence was phenomenal," he added.

"Cambridge were a top side and doing really well so it was nice to put in a performance.

"I know the London Irish side have got a big powerful pack but other than that, info is a bit thin on the ground.

"But we do know that being bottom at the moment doesn't really mean anything. We've got to be just as prepared as we were for Cambridge last week."