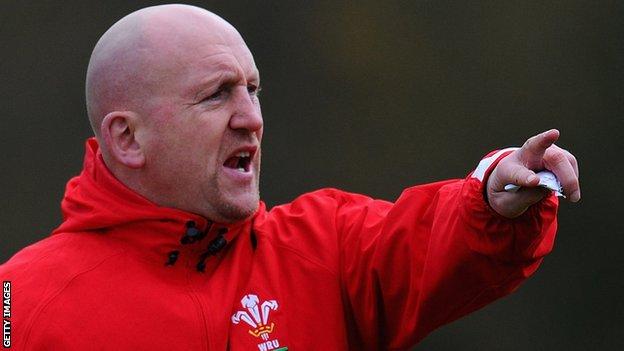 Wales defence coach Shaun Edwards says the current South Africa side are the best they have had since beating the British and Irish Lions in 2009.

Edwards was defence coach when the Lions lost their Test series in South Africa 2-1 four years ago.

In 2009, they beat New Zealand three times on the trot

"Probably the best team I ever coached against was the South African side of 2009... for me this is the best South African team since then," said Edwards.

"We know what we are up against.

"Obviously, there have been some great All Black teams in that time which are on a par with South Africa."

"I don't think I can give them any more praise than saying they are the best team since probably the greatest South Africa team there has ever been, which is the one from 2009," he added.

After winning the Six Nations, Wales had 10 players in the Lions side which beat Australia 41-16 in the third Test in July to win the series 2-1.

Edwards was not part of the Lions coaching team this year but won two Grand Slams, in 2008 and 2012, prior to helping Wales win this year's Six Nations title.

Wales have only beaten South Africa once in the 26 meetings between the countries - the opening game at the Millennium Stadium in 1999.

But the Springboks only edged to a 17-16 victory when the sides last met, in Wellington at the 2011 World Cup in New Zealand.

Edwards is under no illusions about the physical examination which awaits Wales.

"If you like your rugby in a gladiatorial way, go and buy a ticket for Saturday because it will be no place for the faint-hearted," said Edwards.

"We have to muscle up against these guys and they will be thinking exactly the same about us.

"South Africa are a skilful team as well and not just one based on physical power, which is proven with the four tries they scored against the All Blacks in their last game.

"They played with a lot of width as well, so they pose a lot of threats, and one of them we have to measure up to is the physicality."