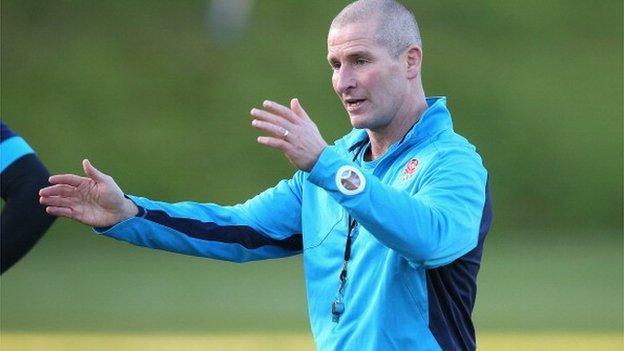 England head coach Stuart Lancaster is likely to make "one or two" changes for Saturday's match against Argentina.

England started their autumn campaign with a win over Australia, but Lancaster is keen to assess a number of players as he aims to build a squad capable of winning the 2015 World Cup.

"There might be one or two changes," he said. "A squad wins you a World Cup.

"Very few players play in all seven games. It is my job to build a squad and make sure I get the balance right."

Lancaster said he will make a final decision "over the next 24 to 48 hours", but Billy Twelvetrees looks set to retain his place despite missing a tackle that led to Matt Toomua's first-half try.

"I'm still to decide. They haven't trained yet," Lancaster added.

"But Billy's done pretty well for us and deserves another chance I think."

Alex Corbisiero could return against Argentina after recovering from his knee injury and may get the nod ahead of Mako Vunipola.

Lock Geoff Parling has been given the all-clear from the concussion incurred in training last week and is available for selection.