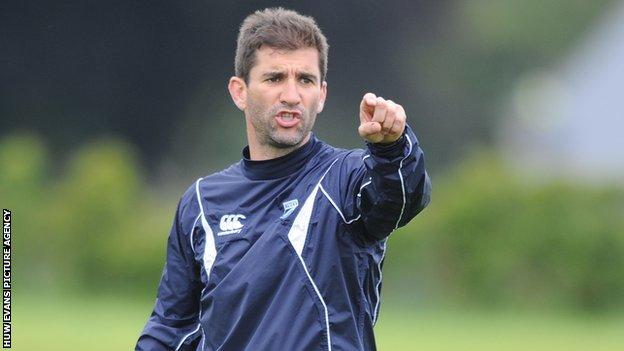 The 41-year-old's impending December 2013 exit was announced in September.

Rees said of ex-Wales Sevens and Under-20 coach Baber: "Gareth will direct our senior men's, women's and youth programmes at elite level.

"With his international background and coaching and playing experience at the highest levels, Gareth was the ideal fit for the role," said Rees.

He now graduates to a senior backroom role, saying in a Hong Kong RU statement: "It will be a bit strange as it will be the first time that I have not been hands on in terms of coaching in over 30 years.

"So in that respect it is a big change.

"My challenge is to now support a group of staff and players at the HKSI (Hong Kong Sports Institute), led by Gareth Baber and [Women's Sevens coach] Anna Richards, that we hope will help us qualify for the next Olympics."

Rees has also overseen the Hong Kong Sevens team and will take charge of their bid to beat Japan to the Asian Sevens Series title in the Singapore finale on 9 and 10 November.